With four days left until Halloween, National Black Cat Day is a day to celebrate a pet that’s been given a bad rep throughout the centuries and which is one of the biggest symbols of Halloween, along with pointy hats, pumpkins and spider webs.

National Black Cat Day was originally started by the Cats Protection charity to raise awareness of the absolute cuteness of black cats. When the campaign was initially launched in 2011, statistics revealed that black and black-and-white cats took, on average, seven days longer to find a home compared to cats of other breeds and made up 45% of all cats coming into their shelters.

Luckily, celebrating National Black Cat Day across the UK has had a huge impact, and black cats now spend on average 21% less time in the organisation’s care than they did before the campaign. YAY!

So, let’s put our myth busters costumes on and get rid of the negative stereotypes surrounding black cats!

Are you sure I don’t have to take 3 steps back when a black cat crosses my path?

These fluff balls have nothing to do with bad luck but they’ve definitely become a symbol of it. From the medieval belief that they were all the pets of witches to a modern-day fear that deems them unlucky to walk by, they’ve been stuck with superstition for a long time. In fact, prior to the Middle Ages in Europe when black cats became associated with witches they were worshipped by many ancient cultures.

It was thought that black cats were the cause of bad luck, as they were reincarnated witches in feline form. The hysteria of witches practising black magic struck European cities during these times, and alley cats were often cared for and fed by the women who were later accused of witchery.

This is where the idea began to develop that if a black cat crosses your path, something bad will happen which still carries on today.

If black cats are not omens of bad luck, what are they?

Well, first of all, they are absolutely ADORABLE!

But, since we’re on the theme of black cat myths, there are actually loads of countries and regions of the world that actually view black cats as a symbol of luck and abundance!

So have fun celebrating National Black Cat Day today and think about your good fortune next time one crosses your path.

Raising a glass of milk to cats of all colours,

Find out more about Banjo Robinson on our website here.

Check out our other blogs here.

FacebookTweetLinkedInEmail
Get everyone excited about Banjo's arrival! 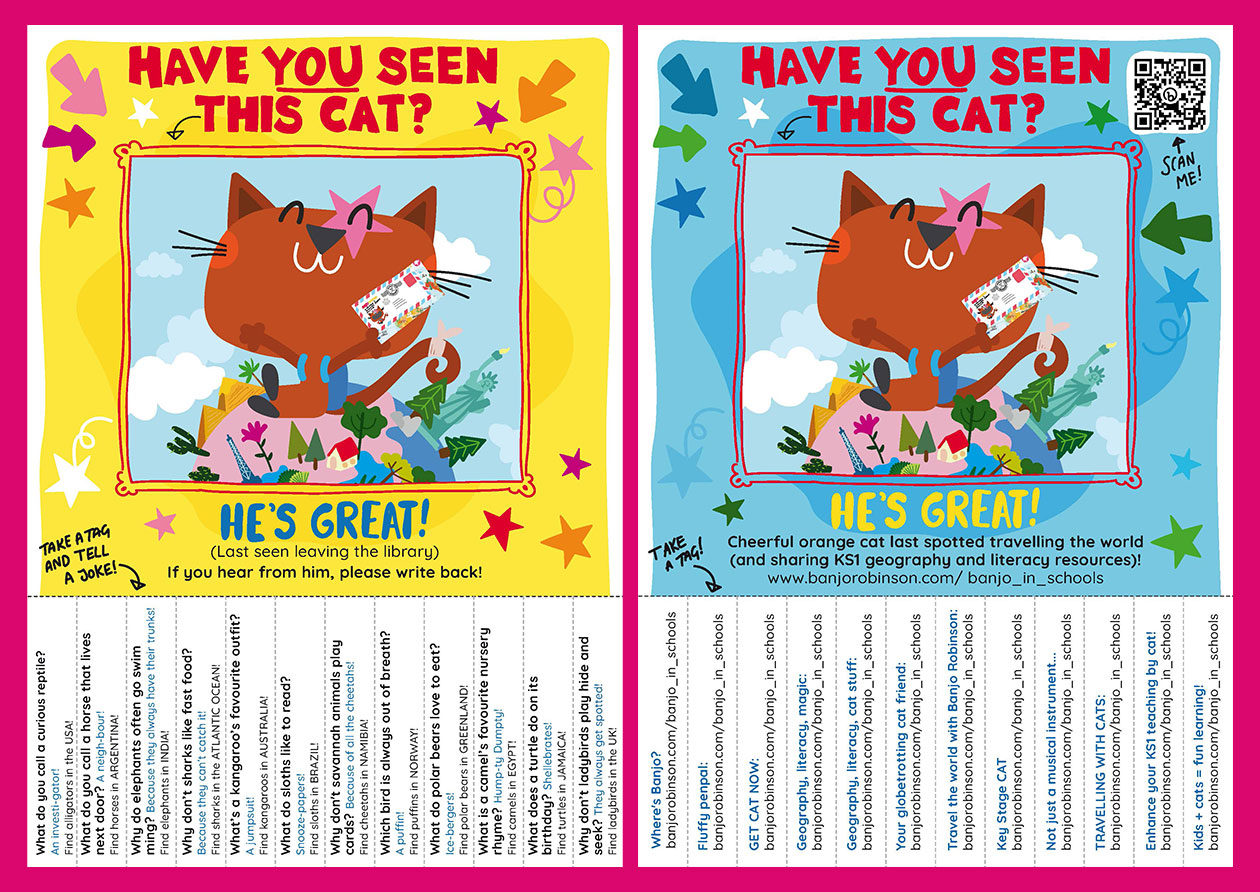 EYFS How it works